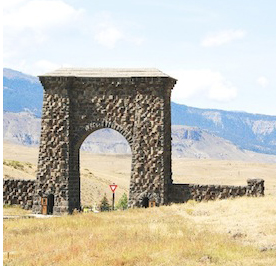 A former Yellowstone National Park employee contacted The Montana Pioneer recently on the heels of a report released by the Office of Inspector General and published in the Pioneer’s May 2017 issue. We met personally with the whistleblower, at his home, to discuss his first hand experiences after having worked at the Park for decades.

Having met with another whistleblower last summer, the Pioneer published a report in September 2016 that launched federal investigations of sexual harassment and other misconduct at Yellowstone National Park. We have since been contacted by a number of park employees alleging misconduct at Yellowstone, and await a release as early as July 2017 by Superintendent Dan Wenk that will outline the Park’s response to the scandal. Wenk in the past has downplayed allegations of sexual harassment and other charges on his watch, even as Congress and the OIG found evidence that misconduct had taken place.

The OIG, though, according to our sources, failed to adequately investigate the problem by conducting interviews of employees, many of whom realize that even with whistleblower protections in place they may face reprisals from bureaucratic players in certain divisions of Yellowstone who for many years have not been held accountable by NPS or park superintendents.

For that reason, the most recent whistleblower, though retired, spoke on the condition of anonymity for fear that his pension might somehow be placed in jeopardy, a virtual impossibility, but a fear rooted in the following experience.

After having become aware of the sordid exploitation of young male co-workers by a male supervisor at Yellowstone, who reportedly allowed the employees to share his residence while performing little or no work, the whistleblower, according to testimony conveyed to this publication, took the matter to a workforce grievance officer. The whistleblower told us that his concern had nothing to do with “sexual preference,” but with the disorder in the crew caused by the supervisor’s actions and his preferential treatment toward his sexual partners. Conveying that concern to the grievance officer, the whistleblower told us he should expect reprisals if he filed his grievance. The officer reportedly told the whistleblower, “They will pull skeletons out of [your] closet…They play rough.”

Indeed, recent accounts conveyed to this publication claim official reprisals have taken place in recent months after two employees took actions to expose separate incidences of alleged wrongdoing only to find themselves targets of YNP investigations. Significantly, these alleged reprisals took place after the OIG and congressional investigations, indicating entrenched bureaucratic actors confident of their immunity from consequences (aka the deep state).

The whistleblower visiting the grievance officer went on to tell us that, incentivized by pensions, employees desire to put in their time, not makes waves, and retire without jeopardizing their financial future.

Former National Park Service Director Jon Jarvis retired early this year, on whose watch numerous cases of sexual harassment occurred across NPS, the perpetrators of which faced no serious consequences. Nor did Jarvis. Deputy YNP Superintendent Steve Iobst retired in September 2016, free and clear, just after the scandal broke. Superintendent Wenk, according to sources, will soon retire from Yellowstone, and will therefore likely avoid accountability under the Trump administration, the stated intentions of Sen. Daines (R-MT) and Interior Secretary Zinke (both Montanans) notwithstanding (see page 7).

The Interior Department’s Office of Inspector General, as further evidence of a National Park Service bureaucracy unable to police itself or protect employees from exploitation, failed even to interview the former employee who recently stepped forward through this publication.

Augmenting his interview with the Pioneer, the whistle blower’s written account follows:

“I worked in Yellowstone National Park from 1986 to 2014. I know all the people you talked about in the article about Park misconduct.

I remember some instances that happened before the ones you mentioned. It seems like there was always some kind of misconduct that wouldn’t be allowed in the regular working world.

The one I’m getting off my chest was about a supervisor in Yellowstone. It (the sexual exploitation) wasn’t all men and women. The supervisor there had a thing for young men. Seems he always had a boyfriend. One particular was a young man named “Billy.” I was the road crew boss in that district and the supervisor put Billy on my road crew. Billy would sleep in the road crew truck during working hours. I couldn’t tell him to do anything really. He was a seasonal laborer. The young man would live with the supervisor at his residence in Gardiner on off-duty time and they hung out together after work. The young man would always show up late for work and was given unearned personal leave. The boss even sent me off on a job and put the boy in charge of the road crew letting him run equipment without a CDL (Commercial Driver License) and pretty much let him do what he wanted. It was the talk of that side of the park. The crews on the Lake district and Grant district would talk about it.

Billy got rehired for the next season. Totally worthless. A co-worker walked in on them unexpectedly in the office and caught them in an inappropriate position. If Billy would have come back the next season I would have gone to Mammoth headquarters and voiced my concerns. When Billy didn’t come back the supervisor took in another “boy friend.” Another young man on our crew. The same pattern again. It made things difficult on the crew. I always regretted not speaking out about what was going on but at the time we just did the best we could and kept working. I probably would have worked up there for another year or two to boost my retirement, but I chose to get away from the situation.”

The whistleblower did not characterize this publicly funded misconduct as having taken place in the distant past. To the contrary, he speculated that the misconduct may be continuing now as it had before.

The above account lands in our lap not as an exceptional claim, but in keeping with the pattern of documented examples of NPS non accountability and corruption, albeit among only certain bad actors within an otherwise admirable workforce, but a workforce compromised by institutional bureaucratic malfeasance at the highest levels.

That documentation includes: 1) The above YNP whistleblower’s account; 2) A prior named whistleblower; 3) Phone calls from former park employees; 4) Corroboration by a top YNP official (who asked for anonymity, but whose statements are recorded); 5) Sexual harassment non accountability in the NPS dating back 17 years; 6) Findings of the OIG; 7) Findings of the House Oversight Committee.