A Book About Campus Rape, Named After a Montana College Town—All Are Not Pleased 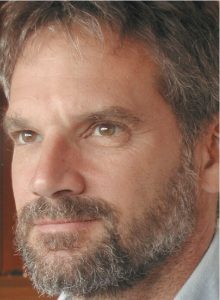 Jon Krakauer, author of such famous non-fiction titles as Into the Wild and Where Men Win Glory: The Odyssey of Pat Tillman, finds himself, with his most recent book, at the center of a Montana-based controversy, one that some wish he had chosen to avoid.

Taking on an extremely sensitive subject, Krakauer wrote Missoula: Rape and the Justice System in a College Town—for personal reasons, he told the Montana Pioneer.

Three years ago, a young female befriended by the author and his wife told them she had been raped when she was a teenager by a boy she knew and, soon after, for a second time, by a family friend. She was still struggling to recuperate—mentally and emotionally. She consumed Adderall to stay awake and gulped alcohol to fall asleep in what Krakauer describes as “an unconscious attempt at self-annihilation.”

“The girl I knew had been raped in her mid-teens by a young man she trusted and also raped by a family friend, someone who I knew well,” explained Krakauer in his recent interview with the Pioneer. “I saw that trauma for her just get worse and worse. I was ashamed because I didn’t know it could be that devastating. I set out to remedy my ignorance. There are people out there as clueless as myself as to the devastation of rape. I don’t regret writing it. Why would I?”

Krakauer gained popularity as a writer for Outside magazine, and then ventured from the out of doors to topics bordering on out of bounds, friendly fire, and now rape—a subject about which he decided to educate himself, especially when it is perpetrated by someone the victim knows. He also looked for survivors who would tell him their stories, and as they did he paid close attention to why many do not go to the police, as he attempted “to comprehend the repercussions of sexual assault from the perspective of those who have been victimized.”

The result is Missoula: Rape and the Justice System in a College Town, which intimately chronicles several of the 350 rape cases reported to the Missoula police between January 2008 and May 2012. Missoula is a typical college town, and that rate of rape incidence is commensurate with that of other college towns around America. Krakauer didn’t plan to single out or make an example of Missoula. He chose to focus on Missoula because it came up recurrently in Internet searches on date and campus rape early in his research.

“I started tracking some of the most publicized rape cases everywhere,” said Krakauer. “It was all just on a whim. One of those cases was in Missoula—Griz football player Beau Donaldson raped Allison Huguet. I figured I’d go look at this hearing. Missoula, honestly, seemed more appealing than going to Tallahassee or some other place.”

“I sat close to Allison’s family and met Allison and I was riveted. Huguet had been raped by someone who was her best friend since first grade. He spread rumors and slurs against her. He was awful. I focused on the town of Missoula, these victims, and what they went through. To see this woman who was so courageous, I literally wanted to stand up and cheer. I wanted to write a book around this woman.”

Built on interviews and court and police records, Krakauer details Huguet’s and several other “non-stranger,” or “acquaintance” rapes, from the incidents themselves, to their effects on the victims and the perpetrators’ lives, the families, the community, the university, the police and the area justice system.

Missoula scrutinizes the University of Montana, the local police, and the prosecutor’s office through the eyes of five women who reported rapes or attempted rapes between 2010 and 2012.

The United States Department of Justice investigated the treatment of 80 sexual assault cases in Missoula during this period, finding “a pattern of disrespect and indifference toward alleged victims.”

Citing the skewed view of rape in the Missoula police department, Krakauer said that the police chief sent an article to a female student in one case, citing two studies claiming that 45 percent of rape accusations are false. “Scholars have debunked both of these articles,” Krakauer said, adding that “better research” has estimated the rate of false rape reports at 2 percent and 8 percent.

“It was supposed to be a short book, easy to write, one case,” said Krakauer. “But then I saw the pattern and that all of these cases were interconnected. I really resisted the Jordon Johnson case at first, with more than 1,000 pages of trial transcripts. I was hoping for a book with 60,000 words. But the book ended up with 120,000.”

In 2013, University of Montana quarterback Jordan Johnson was charged with sexual intercourse without consent. A fellow UM student said Johnson raped her on Feb. 4, 2012, as the two watched a movie at her home. He said they then had consensual sex. But the victim said that she protested.

Following an internal investigation, the president of the university decided to expel Johnson. But after a secret review, the Montana commissioner of higher education restored the quarterback to campus and to football. The university had used the standard of “preponderance of the evidence” to find Johnson culpable, but the standard for a criminal conviction is higher—beyond a reasonable doubt. In April 2011, the U.S. Department of Education and its Office for Civil Rights told universities to use a “preponderance of the evidence” standard—a lower standard of proof— to evaluate cases of sexual violence instead of the “clear and convincing” standard that was in place.

“Commissioner (Clay) Christian vacated the University Court’s finding of guilt and sent the case back to the University of Montana to be readjudicated,” said Krakauer. “This is incredible hypocrisy. The message is for the university to get their f—–g act together. The university should have held him to the preponderance standard. He (Jordan Johnson) had been found guilty on all levels of the internal investigation, but (Christian) reversed it. It was (University of Montana Dean of Students Rhondie Voorhees, who replaced retired Charles Couture) who said, ‘hey, we have to hold him to the higher standard.’ Even though he was found guilty by the other standards in places, the Dean (Voorhees) said, ‘I don’t buy it,’ and reversed it. All of those documents have been covered. Wouldn’t you like to see the emails between the Griz boosters and the commissioners?”

Jon Krakauer is certain innocent men land in jail on false rape accusations. He is aware that an associate dean at the University of Virginia filed a defamation lawsuit in mid-May against Rolling Stone magazine, which she said portrayed her as the “chief villain” in a discredited article about a gang rape on the university’s campus.

“We need to avoid at all costs convicting an accused rapist who is not guilty. For every one of those guys, though, there’s at least 100 women who were raped, and their rapist walked away laughing,” said Krakauer. “The number of women lying is a small percentage compared to the number of rapists not held accountable.”

In March 2013, Jordan Johnson was acquitted of sexual intercourse without consent by a jury in Missoula County District Court. A juror told Krakauer she believed Johnson raped the woman, but she and other jurors also had doubts.

“The burden of proof for criminal cases is really high,” said Krakauer. “But just because a man is found not guilty of rape doesn’t mean he’s innocent. You can be guilty and found not guilty. I want people to look at the evidence and understand that just because a guy was found not guilty of rape doesn’t mean the victim lied and should be falsely accused of being a liar. Look at the facts. Look at the trial transcript. He confessed at trial that he pinned her arms down. One of the jurors confidentially said, ‘I think he probably did rape her. But we had reasonable doubts.’”

Krakauer said that he didn’t choose the book’s title, doesn’t view it as anything that should defile the city’s reputation, and that he “was pretty surprised to hear that Missoula wasn’t happy.”

“Why should they have given it a title that would have spared it the scrutiny?” asked Krakauer. “There is no sensationalism in the book, and it’s almost like an academic paper. I’m sorry it caused turmoil. But the town has benefitted immensely, or otherwise this problem would still be swept under the rug.”

He has accused the lawyers who represented Johnson, David Paoli and Kirsten Pabst, now the Missoula County attorney, of mounting a “really aggressive” and “not entirely honest” defense. In turn, others have challenged the veracity and balance of Krakauer’s reportage.

“I’m not a beat reporter, I don’t need sound bites,” said Krakauer. “I need to write the truth and make sure it’s accurate. Many of the people I wrote about are very litigious. It would do no good to interview cops, prosecutors, when I needed documents. A lot of the information was confidential and I called the prosecutor. I didn’t want the book stuck in limbo, which happens when you get stonewalled. Before I could even call David Paoli, he threatened to sue me. As far as Pabst, on February 19, I sent her an email. I waited a week, I sent it again, and then I faxed it. I wanted her to answer three questions. She refused to answer. ‘Call my attorney,’ was her answer. Two of the people I hoped to question most were off the table for fear of a libel suit.”

In January 2014, Krakauer said he repeatedly requested information and documentation from University of Montana.

“Jordan Johnson had been found guilty by Dean of Students. Johnson appealed to university court and the Court voted 7 to 0 to expel him. The president (Royce Engstrom) signed off on it. Johnson appealed again, and the screen went blank. I’ve been stonewalled by multiple requests. Their point of view is well represented. They should have stood up against the football program, and stood up against the money.”

Krakauer concedes he had to “retract stuff from the Pat Tillman book,” (Where Men Find Glory, the story of an NFL player who after 9-11 gave up his athletic career to become an Army Ranger, and was then killed by friendly fire in 2004). So, Krakauer has “learned to be really careful about fact-checking.” He said that he has discovered two “minor mistakes” related to the attribution of indirect quotes. “It can be really hard to get stuff right,” said Krakauer. “I chose not to use the material that I couldn’t corroborate. Even when you are really, really sure, you still make mistakes. Mistakes happen, but good authors, good newspapers, they correct them.”

Krakauer said he is optimistic that his book will catalyze positive change in collegiate as well as societal attitudes toward rape. He points to the Campus Accountability and Safety Act, a bipartisan plan introduced by Senator Kirsten Gillibrand as another step forward. The bill would give police a wider role in campus sexual assaults and set guidelines regarding positive consent before students engage in sexual acts. The idea of consent is central to the effort, especially in light of incidents in which women have been raped while drugged or drunk and therefore unable to give consent.

“The university system across the country is terrible,” said Krakauer. “It’s a good first step to set a standard for schools that works. That, and give rapists stiff sentences, like the football players at Vanderbilt. You can do it and get away with it. That’s the current message.”

Ultimately, Krakauer said that the book’s message has been absorbed positively and that the subsequent actions and reactions have fostered a more open dialogue.

“The University of Montana is probably much safer now than most other schools,” said Krakauer. “Missoula is a much safer and better town, despite the embarrassment.”