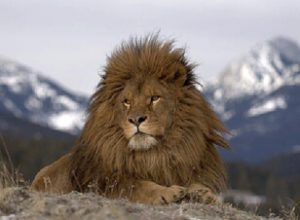 A Bozeman, Montana, area company that specializes in renting wild animals to photographers and filmmakers plans to challenge Montana Fish Wildlife and Parks’ decision to revoke the company’s operating permit.

FWP announced on Jan. 4 that it has taken “formal steps” regarding revocation of the operating permit for Animals of Montana, Inc., citing more than two dozen violations of state statutes and administrative rules in 2015 alone. According to a press release issued by the agency, the notice of the revocation process was delivered by FWP to Animals of Montana owner and permit holder Troy Hyde.

Hyde can challenge the proposed permit revocation by requesting a hearing by Jan. 27, and he told the Montana Pioneer on Jan. 22 that he intended to do just that. His legal counsel, Chris Young, of Watson Law Office in Bozeman, told the Pioneer that he thinks that “most of this” really stems from an incident which took place at the Animals of Montana facility in November of 2012.

“A young man, Benjamin Cloutier, was killed in one of the bear’s cages,” Young said. The 24-year-old Cloutier was mauled to death by a grizzly bear inside the cage he was cleaning. The two bears inside the enclosure when Cloutier was killed were subsequently destroyed. Though Cloutier’s death was deemed accidental by Gallatin County Sheriff Brian Gootkin, and no formal charges were ever brought forward, the incident did trigger a federal investigation. In April 2013, the U.S. Department of Labor ruled that the death could have been prevented if the bears had been kept in a separate enclosure while their pen was cleaned. The agency proposed $9,000 in fines for allowing employees to have direct contact with bears and for not promptly reporting Benjamin Cloutier’s death. Hyde disputed that finding at the time.

“We work inside a business that’s a highly dangerous business, and everybody that works within this business is very aware of the dangers,” Hyde told the Associated Press. “Those people don’t understand what we do. We’re not a zoo.”

Animals of Montana was first licensed by FWP as a “roadside menagerie” in 1995. The roadside menagerie status is the only means the company has to obtain the state-issued permit necessary to operate their business. The business’s website states that its goal is to provide visitors “with the filming or photographic opportunity of a lifetime.” Animals of Montana has about 50 captive predators and other animals used in photography shoots, motion pictures and television productions.

FWP states that since the Nov. 2012 incident, it had been “monitoring the operations at the facility closely and formally warned Animals of Montana that it needed to strictly adhere to the conditions of its permit (and related indemnity agreements) or its permit would be revoked.”

“We did a thorough investigation of their operation [after the 2012 death of Benjamin Cloutier],” Andrea Jones of FWP told the Pioneer on Jan. 22. “A lot of people came forward to inform us about things…a lot came to light, as part of the investigation into Animals of Montana. A neighbor reported to FWP than an African lion had escaped…a neighbor spotted it on her property. That animal had to be dispatched .…It had to be put down.” Jones said that two lions escaped since that time period (2004), and that a wolf pup and a black panther or leopard were also reported to have escaped.

“We also found that [Troy Hyde] had also grossly under-reported an injury to one of his employees involving a mountain lion, which had severely scratched the skull of one of the employees,” Jones told the Pio-neer. “It was incidents like those that went unreported to us.”

Officials have investigated incidents at the Animals of Montana facility since 2001 when an employee bitten by a brown bear sustained a broken arm. The 2015 violations brought forth by FWP regarding Animals of Montana include performing exhibitions without a permit, and use of a weed whacker and hedge trimmer in an attempt to move an uncontrollable tiger. FWP also alleges use of inadequate, unlocked, unmarked or overcrowded den boxes or cages containing an African lion, wolves, foxes, lynx, brown bears, and coyotes. Unsanitary cage conditions marked by animal waste and inhumane housing of caged animals were also among the violations listed by FWP.

“There are a large number of alleged violations there,” Young told the Pioneer. “We will be contesting all of them.” Young said some of the alleged violations would be contested on the basis of jurisdiction, like the alleged “use of a weed whacker and hedge trimmer in an attempt to move an uncontrollable tiger.” Animals of Montana was doing a photo shoot in Detroit in August of 2015, and a video surfaced that appeared to show the big cat named Texaco on the loose in a stairwell. That video has since become inaccessible on the Internet, but it was reported to show a weed whacker being employed to help haze the tiger back into its enclosure, after reports of a tiger on the loose surfaced on social media. Animals of Montana say that Texaco was never loose, but on a chain controlled by the lead trainer of the company from the time it left its travel enclosure. The photo shoot was cancelled as a result of the incident and the attention it garnered,  but Young said he doubts that Montana FWP has any jurisdiction “over something that happened in Detroit, Michigan.”

“To our knowledge, they [FWP] haven’t investigated what really happened, either” said Young. He said that the exhibition without a permit violation involves an incident that took place in September in Virginia City, Montana. Animals of Montana was doing a shoot in Nevada City, and the photographer on the shoot decided he wanted to take some shots of a wolf—on the bar of a Virginia City watering hole he’d been hanging out in during the photo assignment. The Pioneer Bar was shut down while the photographer got his shots, but Animals of Montana did not have the necessary permits for the bar shoot, and Hyde was charged with a misdemeanor. He was found guilty and fined $500.

“Animals of Montana challenged that [charge] in court, and Animals of Montana lost on that particular matter,” said Young. “And that [court] was the place to take care of it.” Young said that the concluded case should have resolved the Virginia City matter.

“As far as the large number of what we would call technical violations…things like having den boxes securely clipped instead of padlocked…those are issues we are formulating a litigation strategy for and will contest in the appropriate forum,” said Young. “The permit is in the roadside menagerie area, and the roadside menagerie regulations were written to deal with road side zoos…they were not written to deal with film and film production companies, which is what Animals of Montana is. Animals of Montana is not open to the public. They do not give tours. There is no reason for them to have nameplates on each of the cages to inform the public of what is in the cage, because the public never goes there.” Young stressed that he believes the increased scrutiny and FWP pressure on Animals of Montana really stems from the 2012 death of Benjamin Cloitier at the facility.

“Troy was extremely broken up over that,” Young said. “He really looked at Ben as someone he was a very important mentor to. A lot of their problems seemed to start after that occurred.” Young also acknowledged that Animals of Montana will challenge the revocation of their operating permit.

“We will notify FWP that we intend to proceed to a hearing [regarding the permit revocation],” said Young. “The hearing itself is going to be before FWP, so we’re a little bit concerned about whether we’re going to get a fair hearing. We are concerned that the very department that is in charge of writing the regulations is the one who will be judge, jury and executioner.” Young told the Pioneer that there are provisions for appealing FWP’s decision regarding the permit revocation, adding that “and we will undoubtedly have to make use of those.”

“Animals of Montana is a valuable resource for the state and a valuable ambassador for the state,” Young told the Pioneer. “It would be really a terrible shame if they lost their permit because of a pine marten cage that was not secured with a padlock, or didn’t have a nametag on it. We’ve been trying to work with FWP to smooth things over between Animals of Montana and the department…to make a peaceful coexistence happen. I think there have been slip-ups on both sides, but the consequences to Animals of Montana are its very existence. It would be a terrible shame if its existence was snuffed out because of cages that were secured with carabeiner clips instead of padlocks.”